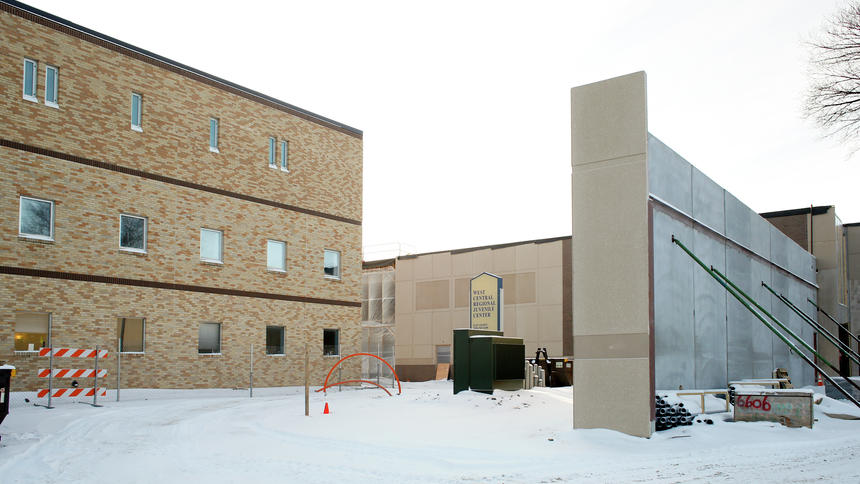 MOORHEAD, Minn. — The juvenile detention center here is doubling its capacity with a $7.5 million expansion and renovation of its existing facility that serves youths from 11 surrounding counties.

The existing 33,100-square-foot facility in Moorhead has 32 secure beds and 15 nonsecure beds. With the upcoming 10,550-square-foot expansion, the bed number will increase to 65 secure and 32 nonsecure.

Director Stephen Larson said the center hopes to kick off construction this spring and finish in fall 2019.

Cass County is providing up to $2.5 million for the project, while the remainder will be funded with bonds through Clay County. Larson said bonds will be paid back through the center’s operational costs over the next 20 years, and the facility will remain fully operational during the project.

West Central started looking into additional space in 2015 and at one point considered building an entirely new facility, Larson said. Cass County was also considering building a new juvenile center before deciding to join with the cooperative.

“What’s pushed the envelope is there were a number of times throughout the last couple of years where we had to turn down member counties because we were at capacity,” Larson said.

When the Fargo center was closed in 2015, Cass County Sheriff Paul Laney said merging the two county operations was a good use of taxpayer dollars and the partnership provided better programming.

Minnesota mandates schooling in juvenile centers, whereas North Dakota does not. In addition to educational courses, Larson said he hopes to expand mental health resources and new programming focused on transitional housing.

“There’s a very large need in our region to have places for kids to go … 16- or 17-year old kids don’t want to go to foster care,” he said. “They need structure, but can’t do it without help.”

Larson said the project is ultimately about “doing what’s right by the kids in our community.” Though he said it would be great to not need places like this, it’s important to have a facility ready to meet the changing needs of the youths they serve.