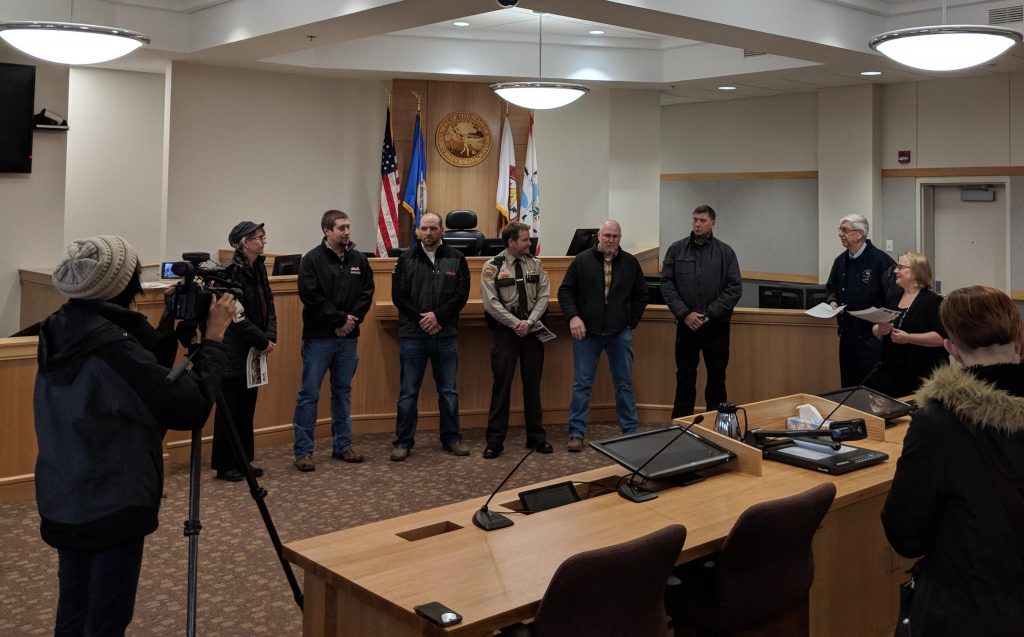 BEMIDJI — It took just 2.5 months for local planners and builders to transform the empty space on the third floor of the Beltrami County Courthouse into a brand new courtroom, complete with state-of-the art technology and additional security features.

The county started to think about building the new courtroom as the state legislature considered giving the Ninth Judicial District funding for a new judgeship.

“The judges wanted to know if the county had the capacity to add another courtroom,” Mack said. “We knew we had the shell, we had the open space, and so we were able to, because we set money aside in what’s called a capital improvement fund.”

According to a fact sheet available at the open house, the project ran from December to March. Though security was a concern, Shadrick said, the build-out was relatively smooth.

“The difficult part about this project was really the timeline and the security piece,” he said. “The sheriff’s office obviously had to handle the security. We had to get contractors in and out, and we had to do it quick. So the process that they set up really allowed us to keep contractors flowing in and out really efficiently.”

“It’s a lot just to build a courtroom,” said Beltrami County Commissioner Richard Anderson. “There’s additional costs beyond just the construction but now we’re set, hopefully, for the near future anyway, and with a quality courtroom.”