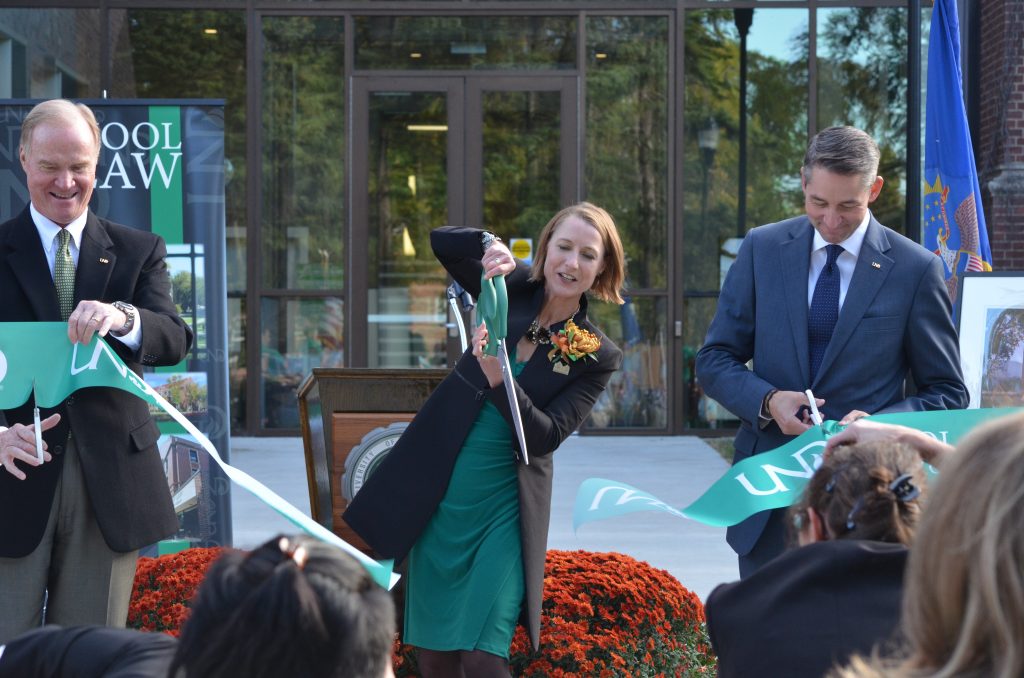 The ribbon is cut, and the UND School of Law building addition and renovation project is officially complete.

The project lead by Construction Engineers and ICON Architectural Group, moved along at a rapid pace and was completed on time and on budget creating a much-needed new and improved law school. The project includes a new 16,000 square foot, three story addition and a nearly complete renovation of the original 1922 law building and the Thormodsgard Law Library. The educational space improved significantly as additional classrooms were added featuring a state-of-the-art teaching courtroom, deliberation room and a high-tech “case study” classroom. Additional student study, collaboration and gathering space can be found throughout the addition and the renovated law library.